Sadly, Karl Richter’s solo harpsichord recordings are few and far between. Most probably haven’t been remastered to CD, and so we are left with a few low-quality youtube video rips and vinyl treasures floating around record stores.

That being said, the album linked here represents my favorite of the revival harpsichord albums to which I am currently privy, if for no other reason than the Landowska-worthy pounding of the 16-foot stop on var. 30.

Karl Richter was no doubt a masterful harpsichordist, organist, and conductor, having been offered the Thomaskantorship at age 30 following the passing of Günther Ramin. He was instructed by Ramin, Karl Straube, and Rudolf Mauersberger, and as such represents the pinnacle of the long German tradition of Bach interpretation. He also had profoundly bad teeth.

The Goldberg Variations for solo harpsichord, BWV 988, were composed near the end of Bach’s life, and are pretty good. To employ the analogy on the front page of this website, they would clean your clothes well and make them smell good too.

Karl Richter conducts from the harpsichord. 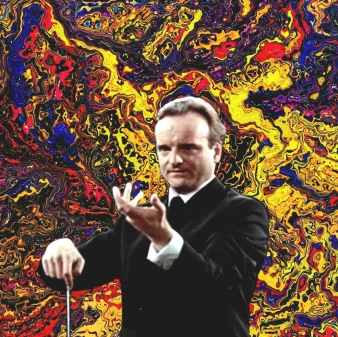 Karl Richter is worthy of many an overwhelming backdrop. 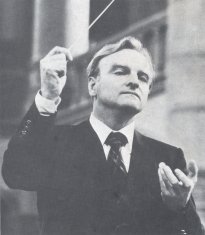 Karl Richter could be quite intimidating.

Karl Richter has a big forehead. 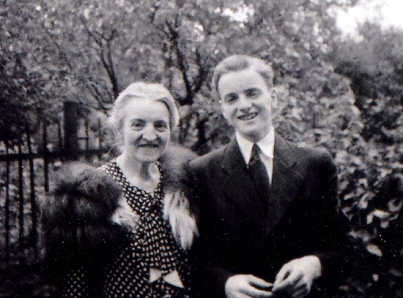 Karl Richter with his mom.

Karl Richter smokes a pipe on a plane.

Karl Richter is a sweetheart.